Movies have this intrinsic power to captivate our imagination like nothing else. They are both visually stimulating and appealing and increasingly so when filmed in exotic locations. There are many occasions where Bollywood songs shot in beautiful locations have led to viewers jotting these locations down as must-visit destinations on their bucket list. Thailand, over the past couple of decades, has become a favourite filming location for Bollywood filmmakers.

Thailand has all the essential ingredients to make it an enthralling visual treat for avid Bollywood movie junkies, making ordinary movie scenes look like dreamy spectacles. With landscapes made up of amazing rock formations, white sandy beaches, limestone cliffs, lush green forests, and spectacular mountain ranges, Thailand is truly an extraordinary natural beauty. Therefore, it shouldn’t come as a surprise that Thailand is becoming a favoured destination for filmmakers the world over.

If you are the type of movie junkie that plans their travel itinerary according to scenes filmed in your favourite movies then the following list of Bollywood movies filmed in Thailand, are perfect for you.

Big Bollywood production houses are known for filming their movies in exotic locations. Like Yash Raj’s favourite Switzerland of years gone by, Thailand is the new favored destination for Bollywood filmmakers. Karan Johar’s stylish and chic young film ‘Student of the Year’ was filmed extensively in Koh Samui, Khao Yai and Bangkok. The wedding scenes in the movie and ‘Radha’, the famous party song were filmed at the Banyan Tree Hotel in Koh Samui. The majestic hotel with its luxurious villas and classy galleries that overlook the Lamai Bay provide an idyllic backdrop for the love-struck students as well as the dance and song routines in the movie. The hotel, according to reports, gave Student Of The Year’s fans a chance to re-live the idyllic lifestyle portrayed in the movie around the time that it was being released. The Banyan Tree Hotel is positioned on a private hill cove surrounded by cascading hills that over-look the rolling waves of Lamai Bay. This setting is indeed as spectacular as you would expect it to be and the Banyan Tree Hotel itself is A-grade when it comes to luxury and service. 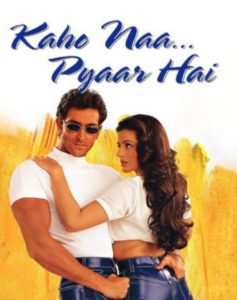 The theme song of Kaho Naa Pyar Hai has captured the romantics among the Indian youth like no other. The camera pans over the breath-taking beauty of Thailand ever so slowly allowing viewers to take in every inch of its grandeur. The mesmerizing white sand, cerulean waters and picturesque coastal belts makes for the perfect backdrop for ‘meeting that first love’ scene. The place where the movie’s dreamy title song Kaho Naa Pyar Hai (named after the movie) was shot is none other than Phra Nang beach in Thailand. It is, by no means, lonely or desolate, however it is as stunning as depicted in the movie. A consequence of Phra Nang beach’s beauty is its popularity. It seems to draw endless crowds of excited and happy visitors day in and day out. Regardless of the crowds, Bollywood junkies can relive their Kaho Naa Pyar Hai fantasies among spellbinding beauty at this immortal island for many years to come. 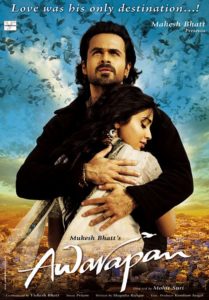 The song from another famous Bollywood movie filmed in Thailand, ‘Tera Mera Rishta Purana’ was filmed at Muang Boran or The Ancient City near Bangkok. Shaped like the map of Thailand, Muang Boran is home to well over a hundred replicas of architectural marvels of Thailand with massive structures and majestic pavilions. The song has three versions, all of which were shot in Muang Boran, with different replicas in the background. The exquisitely landscaped gardens, lend to Muang Boran, an otherworldly vibe captured perfectly in the film’s song sequences. Emraan Hashmi, the hero of the movie, is shown seeking solace while injured before an enormous idol of Buddha surrounded by saffron clad monks. Saintly monuments surround the hero as he vents his pain. A more fitting yet unheard of location for this film, there could not have been. Known as Thailand’s best kept secret, Muang Boran or The Ancient City is indeed one of a kind. 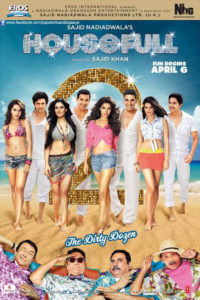 Housefull 2 is yet another Bollywood movie to have its vivacious scenes filmed at a stunning hotel in Thailand. The scenes following and preceding the ‘Do You Know’ hit song were filmed at The Sheraton Krabi Beach Resort. The scenes shot here show damsels in distress as they are marooned on a beautiful island covered with white sand and surrounded by blue water. The macho heroes of the film sweat it out in a testosterone fueled fight sequence among the mysterious rocky waterfalls and wilderness of Krabi Wildlife Reserve Park. The sidekicks in the movie are relaxing in the Sheraton Krabi Beach Resort, sipping cocktails surrounded by beautiful women in swimwear. Scenes like those make you long for a similar lifestyle, don’t they? Well, long no more as this dreamy lifestyle is not that hard to experience. The Sheraton Krabi Beach Resort has its own private beach that’s perfect for relaxing on hammocks or going for a dip in the sea. It also offers every luxury of a five star hotel with rejuvenation centres, fine dining and much much more. At a distance from the crowd and commotion of the public beach, The Sheraton Krabi Beach Resort is ideally located for a peaceful and enjoyable vacation. Krabi offers a variety of similar experiences for any budget type. 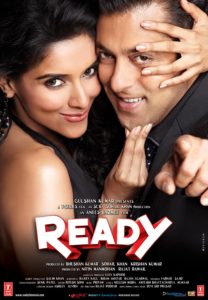 It is not only the cerulean beaches of Thailand that lure Bollywood filmmakers to this magical land. The bustling metropolis of Bangkok city with its glittering skyline as well as historical architecture has played host to many a film. The Asin and Salman Khan starrer ‘Ready’, was filmed at great lengths in many locations around Thailand. The famous song, ‘Dhinka Chika’ from the movie was filmed at Bangkok’s Rama VIII Bridge and Don Mueang International Airport. The song, ‘Humko Pyar Hua’ from the movie, was filmed in The Ancient City, while the scene shot in a Marriage Registrar office was in actuality filmed in the Pattaya Exhibition And Convention Hall.

Bollywood’s love-affair with foreign locations is nothing new. In places where the story is lackluster or just plain absent, a beautiful location up-lifts the viewers mood.