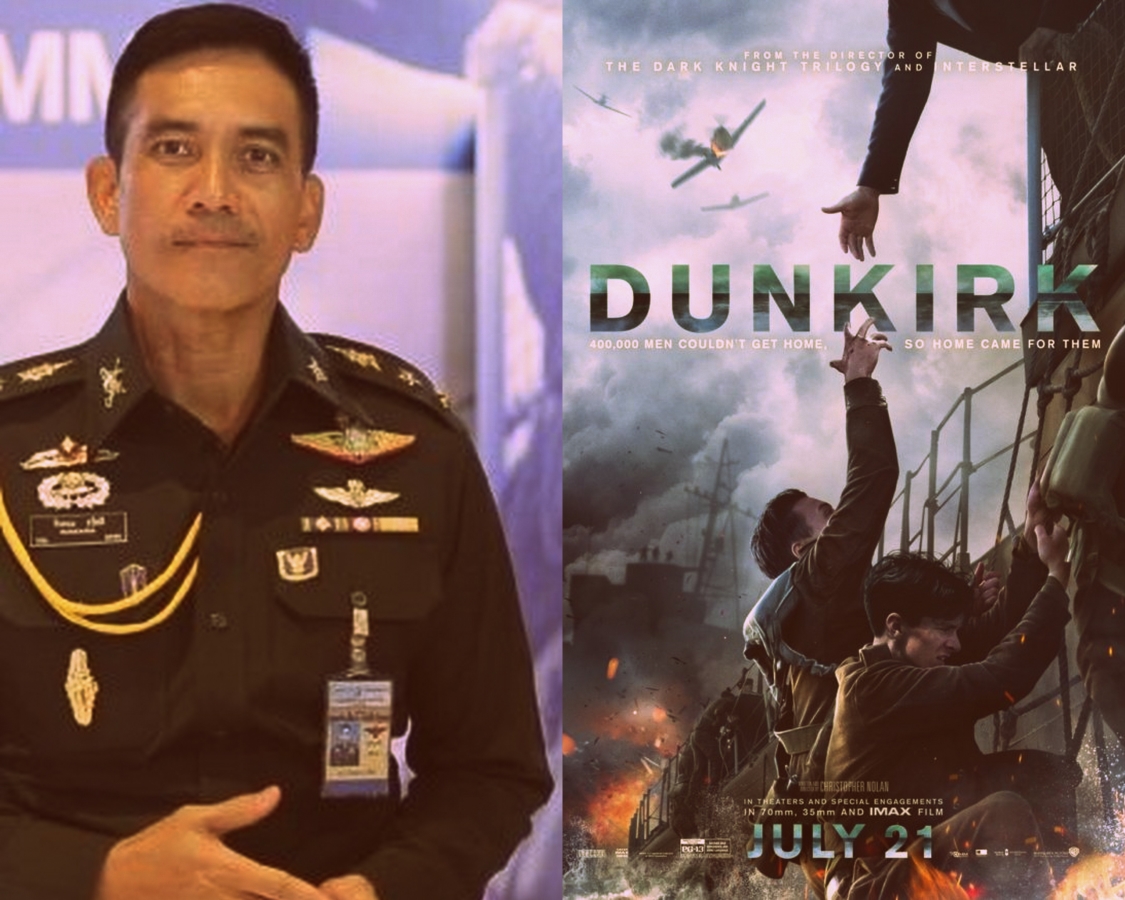 In accordance with a special deal from one of the biggest cinema chains in Thailand, employees of the Thai armed forces can now watch the war-blockbuster film “Dunkirk” at a flat discounted price of 100 Baht at any of the chain’s cinema halls!

This campaign was announced last Wednesday on the day of Dunkirk’s release by Major Cineplex, who gave no real reason for the deal, and due to which fell prey to some criticism from those who already believe that the Thai military is one of, if not the most privileged institutions in Thailand.

Besides this, there was a special screening also held last Wednesday for only the high-ranking military officers. From those who attended, Col. Wanchana Sawatdee was also present. The army colonel had starred as King Naresuan in one of the historical nationalist dramas that the armed forces had co-produced not too long ago.

Major Cineplex had also published a video in which a few unarmed soldiers implore people to watch Dunkirk for a lesson in patriotism and unity and also so that they understand how much soldiers sacrifice for their country.

Winthai Suvaree, an army spokesman was rather strangely reported as saying that he hadn’t a clue about the armed forces’ involvement in the afore mentioned discount campaign.

Under this scheme, the members of the armed forces could watch the film at a cost of 100 Baht only (19th to the 22nd of July – according to the Major Cineplex’s website). The regular price for a ordinary seat at Siam Paragon’s Major Cineplex branch is 270 Baht.

Many on social media raised questions regarding the armed forces’ eligibility for this discount. With one of them stating that members of the Thai already have it super easy in the country and with another saying that it would be nice if the army took draftees and low-ranking soldiers to see the film as well and not only the high-ranking ones. This was all mentioned on Major Cineplex’s facebook page!

Whatever be the outcome of this trending story, Aryan Films would like to wish all of you a great time at the movies and hope you get to watch this monster of a movie from Christopher Nolan that’s sure to bag a handful of Oscars later this year. – Aryan Films Co. Ltd.